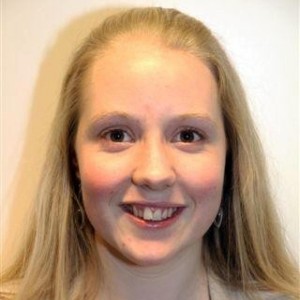 John has been busy putting his storytelling skills to good use in Turkey and the Balkans over the past few months. Together with our social media coach Steffen Thejll-Moller, he has led a series of trainings for the European Commission on how to tell the EU’s story better by focusing on values and emotions as well as data.

So far, John and Steffen have trained project managers in Bosnia, Kosovo, Albania, Macedonia and Turkey. Montenegro, a return journey to Ankara and a wrap-up session in Brussels are planned for later in the Autumn.

The pair have earned rave reviews from the 40+ participants at each workshop. “The trainers were very energetic, positive, open and supportive,” said one. “They worked perfectly as a duo,” said another. “The trainers are real experts in their field.” Not that we’re proud or anything!

“COMPELLING IS NOT SOMETHING YOU CAN FAKE”

Listen to John Holland, our veteran media trainer and broadcast pro, share his top tips on how to master public speaking and answer tough questions from journalists. If you haven’t got time, here are five:

As a former correspondent for CBS News and CNBC Europe, John covered many of the leading stories of the last 30 years – including the first Gulf War, the Rwandan genocide, the fall of the Berlin Wall and the Balkan wars. So if anyone knows what makes reporters tick, John does.

If you’d like to work with John – in English or German – check out the courses he teaches for Clear Europe: Public Speaking, How to Shine on Camera, Working with Journalists and Mastering Media Interviews.

GETTING CREATIVE IN CORPORATE COMMS

How to shake up the often staid world of corporate communication was the topic Steffen Thejll-Moller grappled with during his packed workshops at last month’s 11th Social Media Conference organised by Quadriga University in Berlin. Among his suggestions:

If you’d like to get creative with your social media strategy, contact us to arrange a course with Steffen. And keep your eyes peeled for an announcement about the revamp of our social media courses next month!

MILLENNIALS VS GEN Z
Millennials and Generation Z are not just demographics. They are different generations with different needs and desires. So as communicators and advocacy campaigners, how do you reach and talk to young people? What makes them care about an issue? And how can you work with influencers & through Instagram and Snapchat to connect with young audiences?

Nanna Moe, Director of Communications and Events at the European Youth Forum, told us how at the News and Booze session for Brussels communicators on Monday 29 October.

We wish our readers a Boo-tiful half-term full of tricks and treats.

This site uses Cookies. Are you OK with that?YesNoRead more