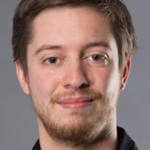 Social media as a source of news is falling, messaging apps for news are growing, subscriptions for online news are steadily rising, general trust in the news remains relatively stable and fake news on the internet is a top priority. These are some of the key findings from this year’s Digital News Report from the Reuters Institute for the Study of Journalism, which was published today.

The report, which is based on a survey of more than 75,000 news consumers in 37 markets from 25 countries, found that:

1. SOCIAL MEDIA FOR NEWS IS FALLING

After a number of years of growth, the use of social media for news has fallen. Facebook has declined by 9% in the USA and its average news usage has fallen from 42% in 2016 to 36% this year. At the same time, alternative platforms like WhatsApp, Instagram and Snapchat are substantially increasing in growth especially in parts of Europe, Asia, North America and Latin America.

Proportion that used each social media network for news

2.  PAYING FOR ONLINE NEWS IS RISING

The number of readers paying for digital subscriptions has significantly increased in the Nordic countries (Norway +4%, Sweden +6%, and Finland +4%). However this is still a challenge for less wealthy countries due to lack of revenue and funds. Donations and crowdfunding have now become a popular source of maintaining legacy news organisations and they tend to come from younger users. Donations through membership schemes are growing in the USA, UK and Spain.

% of donations made to news organisations (selected countries)

Over half of those polled (54%) say they are very concerned about what is real and ‘fake’ on the internet and they want media and tech companies and governments to do more to separate the two. The combination of made up stories and poor journalism is caused by polarised political reporting and exacerbated by the high use of social media. In the USA, the exposure figure for published made up stories is 31%, while in central Europe nations it is more widespread in Hungary (42%) and Romania (38%).

4. TRUST IN NEWS IS STABLE

The average level of trust in the news in general remains relatively stable at 44%. People agree that they trust the news media they use most of the time. In the UK, Germany, Denmark, and Italy the public service broadcaster is the most trusted type of brand. But in Spain, it is seen as the least trusted. By contrast, 23% trust their news through social media.

Podcasts are becoming popular across the world due to better content and easier distribution through smartphones and social sharing. Hugely popular in Asian countries like South Korea (58%) and Taiwan (55%) they are less listened to in the United States (33%) and in the UK (18%). Young people in particular prefer to find their news on podcasts instead of listening to traditional radio.

Proportion of who use podcasts (selected countries)

Arthur started working as a journalist in Cardiff UK. He then completed various traineeships in the European Parliament in Brussels, Laurenti Consulting in Rome, The EPP Group before joining Clear Europe.