Tags: Brussels media, Brussels press corps, EU media News 3 comments
A couple of months ago I wrote a blog piece puncturing the myth of the shrinking EU press corps. Far from dwindling, I showed how the number of correspondents in Brussels has risen constantly over the last four decades – and continues to grow despite the crisis. According to the latest official figures, there were 1022 journalists accredited to the European Commission in September 2013. However, Lorenzo Consoli, the former president of the Foreign Press Association in Brussels, recently informed me this figure had jumped to 1095 by the end of 2013.

When I published my article, I promised a breakdown of the Brussels press corps – something not even the European Commission has published. So below you will find data on the gender, nationality and type of media journalists work for and how these figures have changed over the past decade. In addition, we show who the big beasts in the Brussels media jungle are – ie, which media organisations employ more than a handful of reporters.

The numbers below are based on data in the directory of journalists accredited to the European institutions in May 2012 – an internal Commission document much sought-after by lobbyists. This lists a total of 952 accredited reporters. This is the latest detailed breakdown of correspondents we could get our hands on, but as soon as we manage to get more recent figures we will publish them. Further information can also be found in a chapter of a book on European correspondents that I’m writing with Professor Georgios Terzis of Vesalius College.

In terms of gender breakdown, roughly two-thirds of the total number of accredited journalists in Brussels are men (610 gents, compared to 342 ladies). Some countries do well in terms of gender parity – female Polish journalists outnumber males by ten to three and there is almost parity in Spain. However, in most countries, reporting the EU is a very male pastime. All 11 Turkish correspondents are male and there are only 20 female journalists compared to 56 men from Belgium. There are more than twice as many male as female correspondents from France and the United Kingdom. “It’s a boy’s club,” one senior female journalist told me.

Despite the large total size of the Brussels press corps, being a correspondent in the city can be a ‘lonely’ job since the number of reporters per media outlet is very small. Out of the 952 accredited journalists in May 2012 – we excluded the 33 freelancers whose media was not specified – 358 worked alone, 72 worked for a media organisation with one other journalist, 27 with two other journalists and ten with three others. Fourteen media outlets had a bureau with five to nine people (including the German broadcaster ZDF, the Financial Times and Parliament Magazine) and ten outlets had between 10-14 correspondents (including Deutsche Presse Agency, Deutsche Welle, Bloomberg, Agence Europe, Euronews, European Voice, French wire AFP and the regulatory affairs newsletter MLex.) Only five news organisations had more than 15 journalists – German TV station ARD (24), Chinese news agency Xinhua (23), Brussels-based EU newsletter Europolitics-Europolitique (20), Thomson Reuters (17) and the BBC (15).

In May 2012 accredited journalists represented media with headquarters in 67 different countries. By comparison, in 1983, 43 countries were represented. The largest contingents worked for German (113, or 12.1% of the total) and UK media (109 or 10.7% of the total), followed by Belgian (77), Spanish (55), French (53), Italian (48) and US media (42). Together, journalists from these seven countries make up over half the Brussels press corps. There were also 85 accredited journalists working for ‘European-International’ media, mainly for EU specialist outlets such as European Voice and Agence Europe.

Compared to 2004, the number of journalists working for German media has dropped from 131 to 113, Italian media from 65 to 48 and Dutch from 37 to 25. However, there has been a spectacular rise in the number of Chinese journalists – 43 in 2012 compared to 17 in 2004 – largely due to the Xinhua news agency having its European hub in Brussels. There has also been a slight rise in the number of journalists working for UK media – 109 from 97 in 2004. However, this figure is not due to a renewed passion for reporting the EU by British press but to the fact that pan-European and international media outlets like Euractiv, MLex and Parliament Magazine are nominally based in the UK.

In terms of the breakdown per media type, since 2004 there has been a modest shift away from print journalists and towards online media, news agencies and audiovisual (radio and TV). Ten years ago, almost half the accredited journalists in Brussels worked in print. In May 2012, just over 40% did. The fall in print journalist numbers has been compensated for by rises in journalists working for news agencies (up from 22.4% to 25.6%), online only (from 2.4% to 5.3%) and television (26.3% to 28.8%).

I hope you find these figures useful. If you use them in presentations, please have the decency to credit Clear Europe. And if you want to know more about how the Brussels press corps operates – and how to influence it – sign up for our training course on this fascinating subject.

This article updates one posted on 2 April 2014 which contained some significant data errors – notably concerning the number of Dutch journalists in May 2012 and the changes in the types of media journalists work for since 2004 (our previous figures exaggerated the decline of print and the rise in online and news agencies). Sorry for the inconvenience. 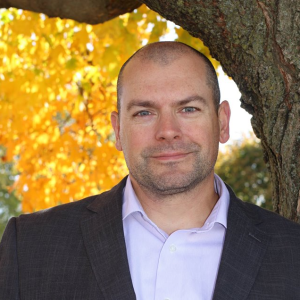 Nice breakdown of the media. Is there any chance I could obtain a list of the media organizations from the USA that have contingencies in Brussels? I’m curious to see how they report EU-US relations. Thanks.

Thanks for the interest in our study. I’m really sorry but double-checking the figures today it seems like we got the Netherlands data wrong (we were missing a page from the directory!). The 2012 number is, in fact, 25. So not such a dramatic slump! We are also updating the data on the changes in the type of media journalists work for. I’ll post a new version soon.