2019 will be a crucial year for social media. Platforms will have to collectively pick up the pieces from the wreckage that was 2018. And companies will need to rethink their digital strategies to effectively connect with users.

Predicting what will happen in the rollercoaster world of social media is about as difficult as forecasting the weather on any given day in Belgium. But with the help of Reuters Institute’s latest Journalism, Media and Technology Trends and Predictions report, among others, let’s explore some of the top trends we think will shape the social media landscape in 2019.

1. “Digital wellbeing” will become a stronger topic of conversation

With time in front of a screen taking up more and more of our everyday lives, reports have sprung up in the last couple of years about the harmful ways in which the internet is impacting our ability to focus, sleep, cultivate healthy relationships with others and more.

As a result, this has forced the tech industry to rethink how it approaches what it creates and has led to engineers re-evaluating the ethics of creating addictive products.

Companies such as Apple are starting to introduce new features to their latest operating systems, such as a screen time tracker, which lets users set time limits on certain apps and helps track the amount of time users spend on their phones. It can be incredibly jarring to see that you picked up your phone more than 100 times in a single day!

So where do social media platforms fit into this?

With digital wellbeing coming to the forefront of people’s minds, this is a topic that isn’t going away anytime soon. Throughout the year, we will most likely see more discussions on digital wellbeing, advice on how to delete data from social media profiles and possibly even some new tools to help curb screen time.

According to the Reuters survey, publishers are starting to explore other platforms for sharing content beyond just Facebook. There is more and more diversification in where content is being shared, rather than just investing everything in Facebook.

Google, of course, is still the priority for most, with nearly nine in ten respondents saying it will be “very” or “extremely” important this year. However, publishers are also exploring YouTube (a Google company), Instagram (a Facebook company) and Twitter as new avenues to reach their audiences.

Which, unfortunately, can also spiral out to the point of shutting operations down completely for some companies, such as Mic.

After all, why invest in fresh, new content for social media platforms when the rules of the game keep changing?

With that said, it will be interesting to see publishers and brands explore new ways to get users’ attention and continue to restructure their ad spending in an era when Facebook is losing its foothold.

Facebook claims that stories will surpass feeds as the main way people share with friends within the next year.

And while the “stories” feature has been around for a while, it’s hitting unprecedented numbers, according to the Reuters Institute report. Stories are used on a daily basis by 150 million people on Facebook, 190 million on Snapchat and 300 million on Instagram. 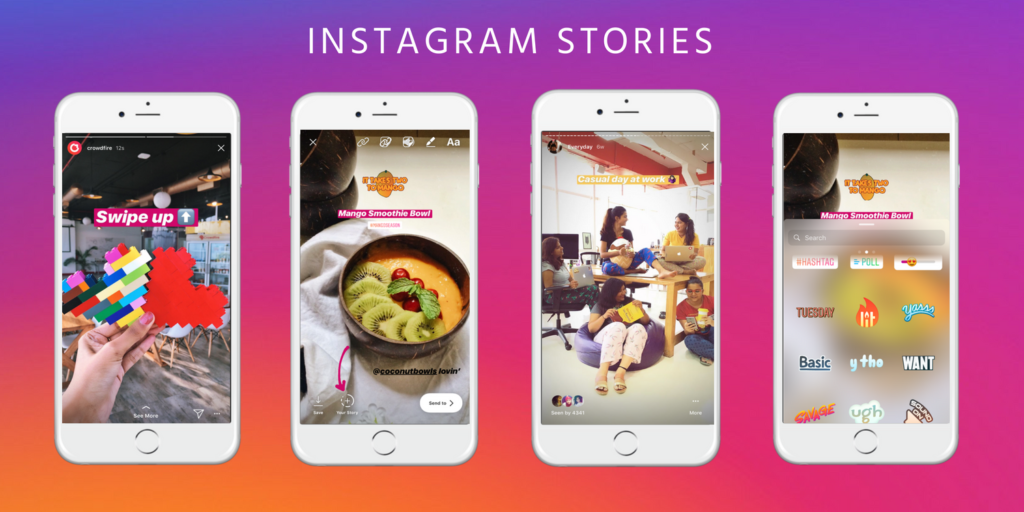 This doesn’t even include WhatsApp statuses, YouTube reels and more.

The news feed is slowly fizzling out, as it’s very much a part of the desktop experience, so we’ll most likely see companies invest more in visual storytelling to appeal to younger audiences and attract those eyeballs (and ad revenue, of course).

Most notably, many publishers and brands have increased their engagement by creating fresh content shared via Instagram stories, which may have been the partial cause of my next point…

4. Is Snapchat on its way out?

Snapchat has had a rough couple of years. With forecasted losses of around $1.5 billion in 2019, the company needs to rebuild its user base after making a plethora of product mistakes.

After its (pretty terrible and confusing) redesign rollout in 2018, Snapchat lost millions of users to its rival Instagram, which copied much of Snapchat’s concepts in its stories feature and eventually was also replicated in Facebook, Messenger and WhatsApp. I guess that showed Snapchat not to mess with The Zuck.

On top of that, Snapchat is struggling to find meaningful growth outside of the US, which could eventually lead to Snapchat being sold off or requesting further investment. According to Reuters, Disney or Amazon could very well be interested in acquiring Snapchat in the future.

With that said, Snapchat needs to find its breakthrough to bring back users and ad revenue, or else it’s going to become the next MySpace.

5. The push toward video and TV goes deeper

While the increase in video content investment is rather unsurprising, it’s continuing to gain importance.

Online video content is currently king across many social media channels, and will continue to reign in 2019.

This, of course, will result in major investments from publishers and brands in this space – especially as content outlets such as Facebook Watch and IGTV continue to build their audiences through engaging and interactive video content. 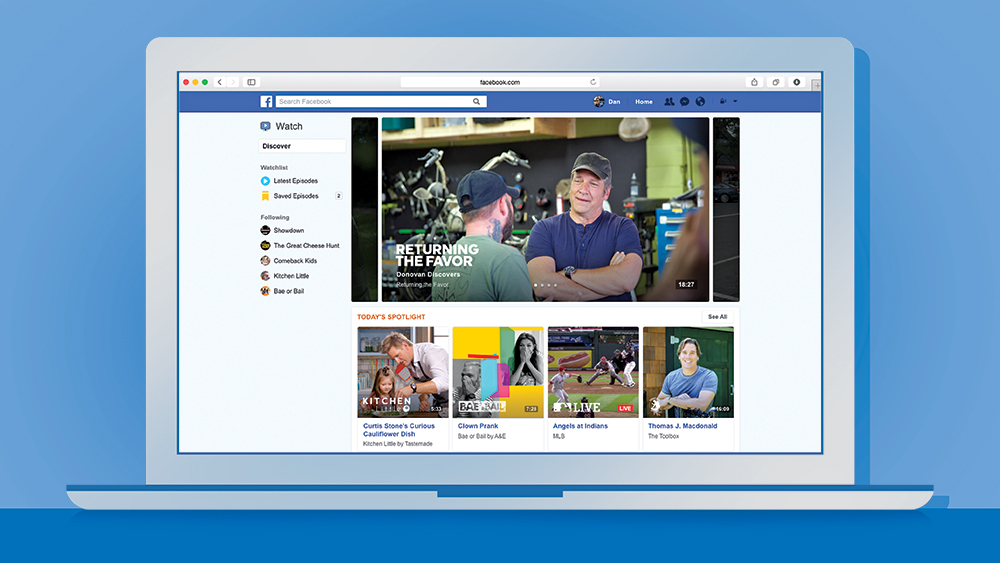 Plus, YouTube has started creating TV shows and Snapchat has plans to expand its Shows lineup as well.

Aforementioned publisher Mic, for example, learned this the hard way when it had its Facebook Watch money fall through, leading to its demise.

6. Getting past a year full of distrust and misinformation

We’ve hit an inflection point with social media in which it has become a danger to democracy in many parts of the world.

This has resulted in potentially manipulated elections, the spread of false news and a horrifying genocide incited in Myanmar.

Events like these have caused some governments, such as Indonesia, to threaten to block social media channels during elections. And in countries like India, some WhatsApp features have been blocked to prevent the virality of false information. 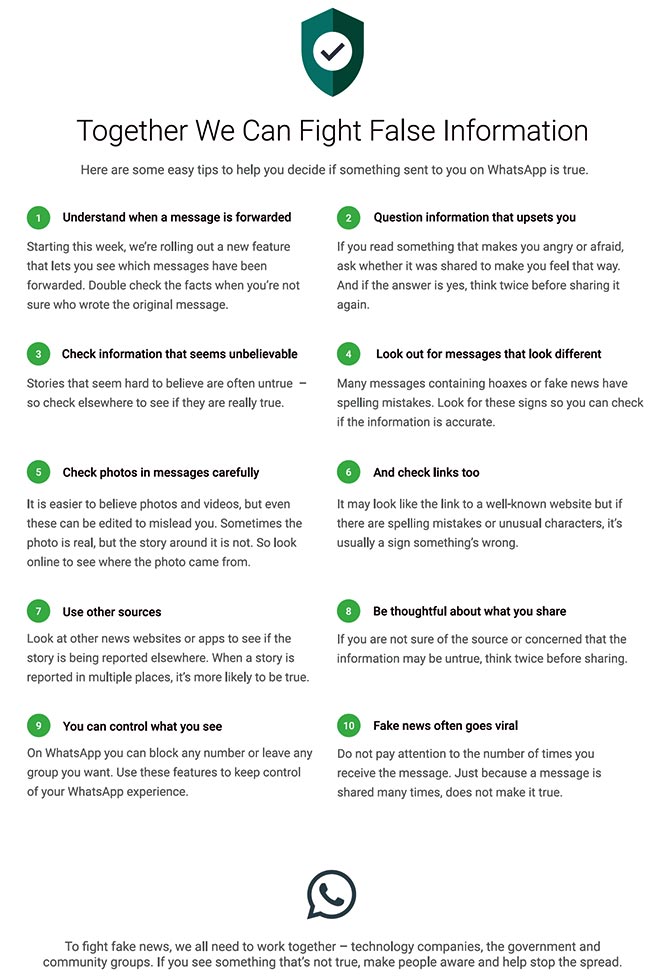 The geopolitical implications of this issue are well beyond the scope of a blog post, but as we know, social media does not exist in a vacuum.

Facebook’s Cambridge Analytica fiasco and Twitter’s purge of fake accounts, among several other recent scandals, have shattered much of the trust that users had in these social media platforms.

Will this cause more and more users to abandon ship? Probably – especially among young people who are already defriending Facebook in droves.

But in an ideal world, we’ll start to see these companies take ownership of their shortcomings and take the necessary steps to restore users’ trust.

Publishers and brands are seeing the ad gap widen due to increased competition.

In short, companies are increasing their ad spending while yielding a lower return on that investment.

Unfortunately, this is probably going to continue in 2019 and beyond. According to a recent Hootsuite survey, 64% of respondents identified a decline in organic reach and the need to increase paid budgets as big challenges.

Hootsuite also found that one out of every four Facebook Pages now use paid media, with Facebook already accounting for 23% of total U.S. digital ad spending.

This is why it will be important for companies to stay tuned on how users are interacting on social media and to learn how to create engaging content in more unique ways. Quite the challenge.

Finally, here’s a fun one: messaging apps have more users than all traditional social networks combined.

As a result, the shift from public to more private spaces is changing consumer expectations overall.

So, in 2019, expect to see more companies using messaging platforms to reach out to users.

Rather than building a presence on even more channels, companies could greatly benefit from utilising Facebook Messenger on their company page, or even enabling WhatsApp as a customer service channel.

To take this even further, using in-app bots or executing campaigns that have a messaging component can really drive further engagement and gives companies a more personal touch when interacting with customers.

Are you looking to reignite your social media strategy for 2019?

Ali Colwell is a trainer, copywriter and the Managing Director of Clear Europe. Her previous work includes helping finance and technology companies in Belgium and New York elevate their online branding and social media efforts.

This site uses Cookies. Are you OK with that?YesNoRead more