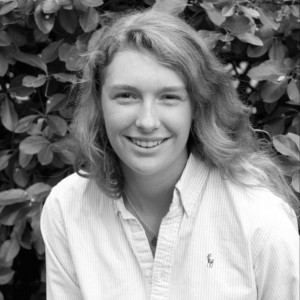 John Holland is a former journalist turned media advisor who loves telling stories, listening to stories and being in the middle of stories. A former United Press International bureau chief in Vienna, John was also senior correspondent and Frankfurt bureau chief for CNBC Europe as well as a radio correspondent for CBS News. He has interviewed dozens of prominent figures, including CEOs, prime ministers and the former President of Serbia Slobodan Milošević. John’s career has spanned many continents, with the highlights including reporting live from Baghdad during the first Gulf War, being in Prague when the communist government fell in 1989 and covering the Rwandan genocide. He now helps clients master media interviews, speak more confidently in public and tell better stories.

Q: What are some of the current media trends that excite and worry you?

JH: What excites me is good storytelling. Telling an authentic story well through investigative journalism is welcome. But I’m more sceptical about social media trends, particularly Facebook and Twitter. There is an American phenomenon of being obsessed with technology and this becomes the standard by which we judge whether something is cool. It’s definitely an enabler but the story needs to be the focus. When I work with my clients I want them to find better stories that already exist and make them more accessible for others. The platforms we can work out later but a good story is worth its weight in gold.

Q:   What are some of the biggest communication problems in Brussels?

JH: Lack of clarity and jargon are huge barriers to communication in Brussels and this is something that we should all fight against daily. We need to use language that a wider variety of people can understand without dumbing it down. It is not rocket science. The focus of what is being written and spoken about in Brussels is how public money gets spent, for what and who benefits from it. Frankly, there needs to be better explanations of this. There is a huge movement out there that doesn’t want to explain it clearly. They want to keep it vague, but that’s a disservice to the taxpayers who fund entire projects. At Clear Europe we are working hard to keep things simpler and more transparent.

Q: What skills do you think a journalist can bring to communication?

JH: Journalists are eyewitnesses to history and analysts of it, often in parallel. Being empathetic, accessible and engaging are attributes that good journalists should have in addition to the ultimate attribute of being factual. Communicators in other fields can never stop learning from journalists.

Q: What advice would you give to someone who is about to be interviewed by an experienced journalist?

JH: I would advise interviewees to be prepared, especially for the unexpected questions and late breaking aspects of a story. Today these elements have almost become the norm. Journalists bring their own perceptions to the interview process and are coloured by their experiences. You should be prepared as the subject of questioning to move the story forward based on your own experience with it.

Q:   How do journalistic practices differ in regions that you have worked in?

JH: The degree of opinion that creeps into reporting differs according to the region. Despite the notion of absolute fact and opinion being blurred by citizen journalists and citizen sourcing, there is a particular American strain of journalism that I hope makes a comeback. The American style is all about facts, just the facts. We need to let others decide how to act on real information rather than trying to push opinions masked as fact.

Senior Intern at Clear Europe. Studying to get a degree in public relations and political science at Vesalius College.